2017 saw such a huge stack of fantastic TV programming that I almost forgot how the majority of shows available to watch or stream is trash! I truly didn’t have enough time to watch even half of the many, many shows that were highly rated and appealing even to me. But here are my favorites of those that I ended up bingeing and could not stop talking about:

This HBO miniseries won a bunch of well-deserved Emmys. Having read one of Liane Moriarty’s books before (and finding the plot aggravatingly dry and the writing egregious), I normally would’ve had zero interest in this show. But there’s definitely been a pattern, in which every book that Reese Witherspoon touches as a producer becomes 20 times better on screen. So I gave Big Little Lies a try and was immediately enthralled. Stellar, star-studded cast. Gorgeous shots of the California coast setting. The plot, consisting of the characters’ retelling of the events leading up to a death at their children’s school, juxtaposes intense drama with lighthearted moments, thrilling mystery with surprisingly funny language from precocious children. Quite possibly the best soundtrack of any show this year. I ended up loving everything about this. 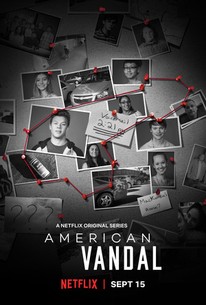 This Netflix mockumentary had me laughing so uncontrollably in the first ten minutes that my roommate felt the need to pull out his phone to capture the moment on Snapchat… In American Vandal, which satirizes true crime documentaries such as Serial and Making a Murderer, a high schooler sets out to investigate a major school prank and uncover whether or not an expelled teen was the true culprit. It’s difficult to describe what could be so funny about a four-hour d*ck joke, but the setup is so clever and the young actors are so deadpan with their “punchlines”, it’s impressive. 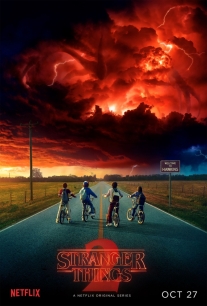 This Netflix show probably needs no explanation, as I’m sure anyone who’s reading this has heard of it, if not seen it. In short, the first season finds a group of 80’s kids both battling and befriending supernatural creatures from another dimension in order to rescue their friend, and the second season is a continuation of the same storyline. I am not normally drawn to sci-fi, but there is something about the combination of nostalgia and the epic saga of friends and family coming together from different walks of life in order to save an innocent that is just so heartwarming to me, even while a monster devours an entire human in two seconds flat. I also think Winona Ryder is a brilliant actress, and she has come a long way from Beetlejuice, to Little Women, to getting caught shoplifting, and finally to the present. 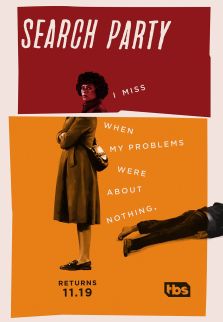 This dark comedy on TBS is so hilarious, I ended up watching all of season one and catching up to the middle of season two in under a week. Starring the girl who plays Maeby Fünke on Arrested Development, this series follows a group of friends living in New York City in their mid-20s, as they attempt to solve the missing persons case of a former classmate. There is no way to describe Search Party without using the term “millennial”, as this show is arguably the MOST millennial. But I think everyone, regardless of age, maturity, or technology usage, can relate in some way. Endless cultural references and, for better or worse, reflections on society in general. Self-absorbed like Girls, but still self-aware like The Office. The supporting cast’s dialogue and mannerisms made me laugh out loud during every episode. 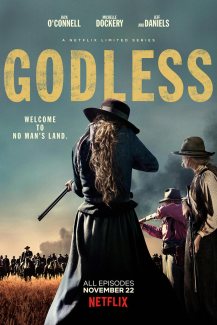 This Netflix miniseries was originally meant to be a feature film, and watching it certainly felt like watching some of my favorite Westerns, such as High Noon, The Searchers, and Butch Cassidy and the Sundance Kid. The story follows an 1880’s New Mexico town almost completely made up of women (most of the town’s men had died in a mining accident), as they negotiate with mining companies and prepare to defend themselves against a dangerous outlaw and his murderous gang. There is also a subplot in which one of the women, an outsider, strikes up a relationship with the mysterious, Shane-like desperado who had shown up at her doorstep one night, giving her no choice but to shoot him. Independent women, stunning shots of the mountainous desert, horses in every scene. So much to love about this show. Sidenote: I’ve read about the controversy over the show being billed as feminist, but not living up to the label. I’d seen hardly any ads for this before watching, so I didn’t have any expectations at the time, though I was happy to see female characters taking responsibility for themselves and protecting each other. Now that I’ve seen the show and read the opinions, which are valid, I would still consider this a win for feminism because it is ultimately a step forward, and equality will realistically be achieved via several small steps, rather than one giant leap.