I wasn’t planning on doing a Thanksgiving post, but since I got to cross off another item on my 101 in 1001 list, here it is!

Now that my sisters and I have grown up, our family no longer maintains our old Thanksgiving traditions. We haven’t made Thanksgiving dinner at home in a couple of years, my dad starts putting up Christmas decorations earlier in the month, and at least one family members is out of the state (or country). It’s somewhat sad, in a nostalgic way, but it’s not the most terrible thing to happen. Our new focus on Thanksgiving is relaxing, and that’s obviously fine by me.

Beth and I woke up super late on Thanksgiving morning and watched the Macy’s parade. I suppose that’s one tradition we still uphold, though I’m not sure how much longer that will last… Is it just me, or does the parade get worse each year? The only opening act that stuck out to me as impressive was the Matilda the Musical number, and it seemed like most of the singers on the floats were irrelevant. Only the balloons could save the parade.

The Pillsbury Doughboy is my favorite!

We had reservations at my favorite restaurant here, Hilltop House. The restaurant is inside a beautiful, historic house, and I would describe its menu as Southern comfort food with a cosmopolitan twist. Needless to say, the chefs did a fantastic job with Thanksgiving dinner. The green bean casserole (always my favorite) was perfect. 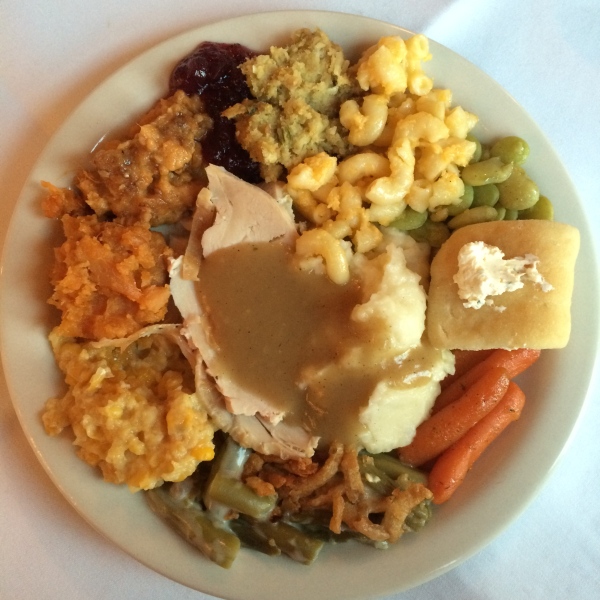 Looking at this picture just made me realize that practically all Thanksgiving food is mushy. I wonder who decided on the traditional menu. Babies?

Along with the customary Thanksgiving stuff, the restaurant also had a seafood bar with oysters. When it comes to food, I’m usually up for trying anything at least once, but I don’t think I’d ever tried an oyster before. When it comes to the way they look, smell, and feel, they have all of the worst qualities combined. And they’re supposed to be eaten raw, even when they could potentially be contaminated by a deadly disease? What about these is so appetizing? I have no idea.

But since we were at a reputable restaurant, somewhat near the coast, and it was oyster season, I decided that the chances of dying from a food-borne illness were pretty low and that I should just get this over with. 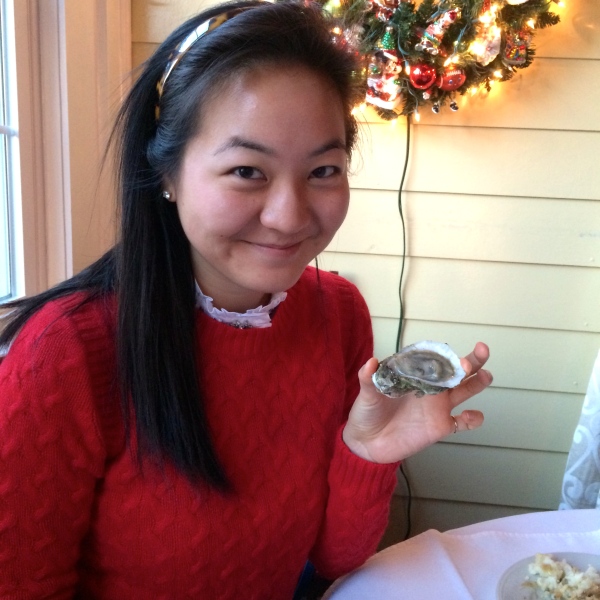 I decided to forgo lemon juice or hot sauce and go all out, since I was probably only going to do this once. I popped one in my mouth, chewed it twice before realizing how vile it tasted, then swallowed it as quickly as possible. Now I really can’t understand why people like them. I thought it tasted like salt water and the stench of a fish market, which, to me, is just repulsive. Oysters are officially at the top of the list of my least favorite foods, right next to foie gras and ayran (a Turkish salty yogurt drink). Looks like I’ll never be able to become a foodie.

When we got home from dinner, we wanted to take a family picture, since the times we’re all together are getting increasingly rare. We got out the tripod and set the camera’s timer for 10 seconds. But for some reason, my dad could not look normal in any of the shots. After ten takes, we had to quit, as my dad complained that all of the picture-taking had made him tired… This was probably the best we got: 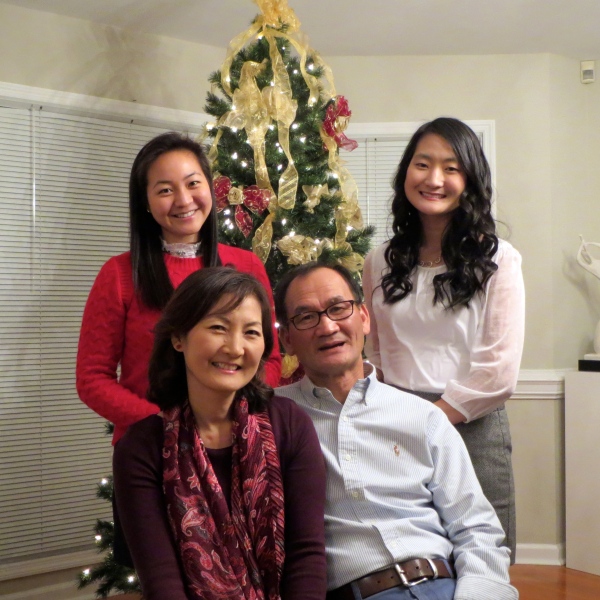 Hope everyone had a nice, relaxing Thanksgiving! Even though it’s over, I’m still immensely thankful for my family, friends, opportunities, and everything, really… Well, except maybe oysters!